Thunderbirds Lift Off (Thunderbirds Comic Album # 4) - Finally, one of the all-time best characters! 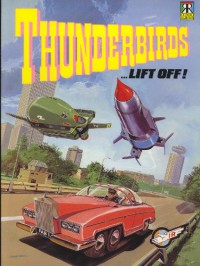 If you are new to the series, my review of the first album introduces the show and its main characters.

Another three solid stories, this one is particularly cool because it has a story starring Lady Penelope Creighton-Ward. She is the IR British agent who takes care of security and other concerns in a more "low key" manor (aka not in a Thunderbird...but how low-key is a Pink Roles Royce?) 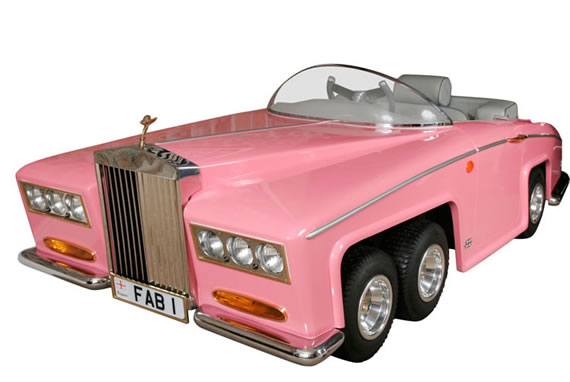 Talons of the Eagle:

The Tracy family nearly finds out the hard way that the World Air Force as a new jammer in development. They have to find out its secrets or they are grounded f

Lady Penelope in "The Vanishing Ray:

One of the best stories in the series, it details Lady Penelope's introduction into the world of International Rescue. The appearance of the Hood just adds to the awesomeness!

Things are going strange around Antarctica as robotic penguins and polar bears (wrong part of the world, mister bad guy!) attack a truck convoy and later IR themselves. It will be up to Gordon to rescue them all.

The art style on the the Lady Penelope story is quite different from the others in the book, but this is nice as it sets it quite apart from the others. It is bright and cheerfully tongue in cheek, as most appearances by her are in the series.

Very little here. I do find it a bit unnerving that the Thunderbirds can do what they do to get the jamming technology. But as they are not criminals, I guess it's ok (not really). The last story implies (heavily) several deaths but they are not front and center and can be missed as a lot is going on at the time. Again, not all of these stories may be for the same age group. They are all well put together though and very enjoyable.

If you liked the previous offerings in the series, do continue by reading this one. If you want to start reading these, my advice would be to start at the first though these are each self-contained.