You didn't think that was all, did you? No, I have some words for this book.

What this book got right: Idea that fairy tales could be real

What this book go wrong:

The sad thing is, the book did get easier to read after 80+ pages. I think by then I was just not going to let this win. And I wanted to make sure that the book was as predictable as it appeared to be.

Characters: These were some of the most lifeless, unreal fictional characters I've ever read. That was when they were not being annoying, TSTL (which was so very often), cliches, or even the most flawed Mary Sue I've ever seen. I mean what else do you call someone who miraculously knows how to trick ride (while being shot at apparently), fabulous gambling luck, and the cute, young Professor inexplicably drawn to her and yet Ophelia is so untrusting, manipulative, and overbearing. Her friend Prue gave her a run for her money though. She was basically TSTL twenty-four hours a day (her own friend quit her job after Prue was fired because the girl couldn't take care of herself), whiny, refuses to help the people who are risking their lives to save her by staying put, and apparently has an existential crisis because she not beautiful any more(because she's in a servant's dress, slept in a tower with birds, etc. - it's called soap). To be fair, this part of her story nearly worked. It really did. Her mother had raised her to see men as money bags and her beauty her meal ticket. And yes, she doesn't have a lot of education or common sense, so she's never moved beyond the artificial. But again, she doesn't feel real. She's a cliche, a caricature. You never felt there was really any growth or understanding. The best of the horrible lot (literally. Almost every character was a terrible person.) was Professor Penrose But this intelligent man spent the entire book being selectively stupid so that the plot could continue.

Also, it was terribly obvious he was an aristocraut. It was almost the least surprising revel of the book. 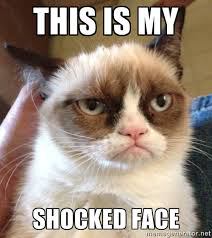 Mystery: *hysterical laughter* The only reason there was a mystery in this book was everyone was selectively stupid so the plot could progress. We're told Penrose is intelligent but I've yet to see evidence of that. Ophelia, who spent half the book willfully ignoring several elements, sudden pulled evidence together to make deductions Holmes would be proud of. Why then?

And the murderer was basically the only one not suspected and was so obvious! My old maxim of the more you have to tell me how _____ you are, the less likely you actually are was proven true.

Professor Winkler constantly reminded us how stupid fairy tales were and how they were thought up by peasants who of course couldn't think logically, etc. etc. etc. A third of the way through the book, I not only thought he believed in them but I thought he was setting out to take all the elements so that he could prove they were hoaxes. One of those mad intellectuals whose theory must be true. Apparently I gave the book too much credit. Nope. He only believes in them, he collects the relics (including dried fairies in jars, etc- so the mad part was true), and he wants the gold mine of the dwarves. So just greed. That's why he poisoned two people and a) the first was with material he brought to the castle and b) poisonous mushrooms he told Prof. Penrose were harmless. *sigh*

Writing: It couldn't hold my interest. I was lucky if I could read three pages at once before I was off watching TV, playing games on my phone...doing chores. Then I remembered I needed to finish this soon so back I would go. Two and half pages later, down the book went. Rinse and repeat. Even as the story came to an end and the pace picked up, I could barely get through a chapter. The POV shifted from character to character, as if even the book didn't find them interesting enough to stay with. Predominately, we saw everything through Ophelia's eyes but Prof. Penrose, Prue, and others all had their moments. And I don't know where these girls learned their phrases but I've never heard half of them. I don't think they come from any America I know. It was almost as if Ophelia and Prue had to be hyper 'Mericans so that you could tell them apart from the Germans, British, etc. I don't remember them actually saying "Jumping Jehoshaphat" but much of it was along those lines. But then even Penrose didn't really sound British and some of the word choices didn't really call to mind the late 1860s either.

This isn't in any way a spoiler but just in case, I'm hiding it. If you read the title and the back of the book, you've already figured it out.

Fairy Tale Twist: Spoilers: They're real. And characters in the book are descendants of them. (see picture above for how shocked I was) When one character revealed to another that Snow White was their many times great grandmother, I was like

Sadly, this was not the case. That was only when the plot decided to actually wake up and go somewhere. What made it worse was that I was looking forward to it. I knew it was coming and couldn't decide who those characters were. But by the time it came, I didn't care anymore. Worse, almost every character is described with allusions to fairy tales. Ophelia, the character that doesn't believe in all this nonsense, even thinks something like she wouldn't want to see the huntsman as the Wolf dressed up like Granny. o.0

What? Is that possible? I don't want to see him dressed up like Granny either but I don't see that being a possibility. Is he Red Riding Hood's wolf? This makes no sense. Most of these allusions make no sense and come across as heavy handed.

I can't help but feel like I missed something with this book but for the life of me, I don't know what. This is one of the weakest cozy mysteries I've read in a long time and I have NO plans to read the sequel. It was clearly set up but